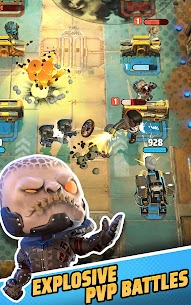 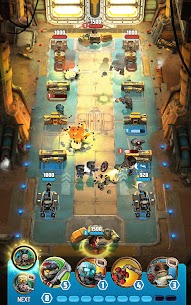 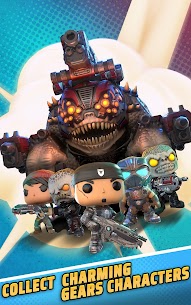 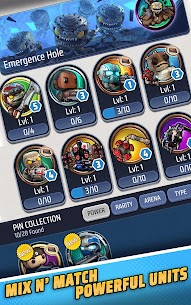 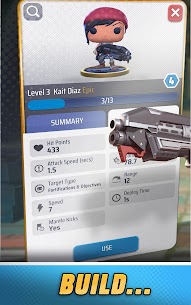 Build the baddest squad and Pop into Battle! From the Gears of War universe comes a real-time multiplayer game featuring your favorite Gears characters in the style of Funko Pop!

Collect and upgrade your battle Pins, including your favorite Gears of War characters, projectiles and defenses – then lead them to victory in an epic real-time battle! Destroy the enemy outposts to defeat your opponent and unlock Gear Packs for great rewards including adorable Pop vinyl characters delivered in their Funko Box! Join a Crew and play with a friend in 2 player Horde mode against waves of enemies and an epic Boss!
Craft your winning strategy and take to the battle arena against the top players in the world.

Features:
● Duel players from around the world in real-time PVP battles on iconic Gears battlefields!
● Over 30 Gears of War characters are ready for your orders, all brought to life in authentic Funko Pop! designs.
● Earn sweet rewards and epic bounties from Gear Packs
● Build your squad the way you want, mixing and matching COG & Locust units like never before.
● Turn the tide of battle with powerful ‘Ultimate’ abilities, like the devastating Emergence Hole that floods the battlefield with Wretches.
● Battle through the arenas and into the big leagues to challenge the best players in the world and fight for even better rewards.
● Test your mettle in the Bootcamp to try out new squads and hone your strategy.
● Team up with a crew mate against a Horde of enemies and fight an epic Boss!
● Customise your Funko Pop avatar with body armour, t-shirts and stickers!


A network connection is required to play.